Home ⁄ Children Study ⁄ How Do You Think About American Education(I)

About American education, there are so many ways to elaborate and think about. Certainly, different people will raise different thoughts. Meanwhile the theory from someone may consider American education such as American education as faith; pursuing educational justice and equivalence of educational opportunities in American; State and social pillar by education; Focus on the cultivation of humanity and so on. Well, let us read carefully below,Click Here For More. 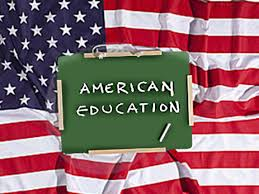 The Americans and the American government think that the United States is like a building, which has three pillars: government, religion and education.

American education is inherently independent. American universities adhere to the university body as a place for talents to keep human civilization, as a center for cultivating wise people, as the best school for human physical resources transmission and knowledge invention, as a melting pot full of inventions and innovations with independent character, as well as an ideological melting pot to reject vulgarity, adhere to integrity and nurture. Make full use of ideological knowledge and body to call social conscience and guide the physical home of society. Because American education has become a common and indispensable force in the United States and the American society, both the American government and the people think that education practice has become one of the three pillars of the country and society.