Home ⁄ In Nature ⁄ Cats around the world(I)

Cats are human’s friends, also the pets. A lot of people love to feed cats at home. Certainly, there are so many breed of pet cats such as American wirehair cat, American bobtail cat, Abyssinian cat, chartreux cat, British shorthair cat, Birman cat, Himalayan cat, Persian cat, Singapura cat, Turkish Van cat and so on. Have you watch cartoon about Garfield? A cute cat as main role in the cartoon. Well, let us read my post about cats around the world and their concrete information.Click Here For More. 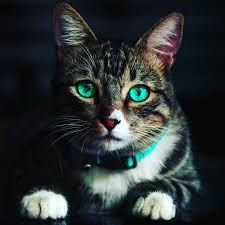 Cats, belonging to the cat family, separate cats and wild cats, are more widely used pets in families all over the world. The ancestors of domestic cats are presumed to be desert cats originating in ancient Egypt, Persian cats, which have been domesticated by humans for 3,500 years (but not completely domesticated like dogs).

General cats should be round head, short face, five toes in the forelimb, four toes in the hind limb, sharp and curved claws on the toes, claws can be retracted. Nocturnal.

Other animals are hunted by ambush, and the most of cats can climb trees. the cats have fat pads on the bottom of their toes to keep them from making noises while walking and startling rats when hunting. The claws are in a contraction state during the march, preventing them from being blunt and sticking out during rat catching and rock climbing.