So many web servers for us to choose so that we may finish our web work according to these web servers such as Apache, Kangle, Nginx and so on. However, according to itself features and advantages, we have to choose correct web server so that it may run as great performance. By this time let us introduce you Apache Web Server.Click Here For More. 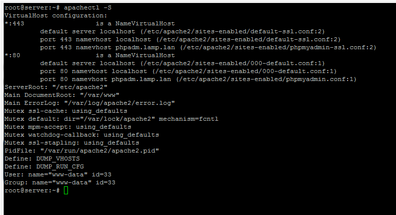 Apache is the world’s top Web server software. It can run on almost all widely used computer platforms. Click Here For More. Because of its cross-platform and security, it is one of the most popular Web server software. It is fast, reliable and can be extended through a simple API to compile interpreters such as Perl/Python into the server. At the same time, Apache is transliterated as Apache, a tribe of North American Indians, called Apache, in the southwest of the United States. It’s also the name of a foundation, an armed helicopter, and so on.

Apache HTTP Server (Apache) is an open source web server of Apache Software Foundation. It can run in most computer operating systems. Because of its multi-platform and security, Apache HTTP Server is one of the most popular Web server software. It is fast, reliable and can compile interpreters such as Perl/Python into servers through simple API extensions.

Apache HTTP Server is a modular server, which originates from NCSA-httpd server. After many modifications, now Apache HTTP Server has become the world’s first Web server software. It can run on almost all widely computer’s platforms used.