Michael Jordan was selected by the Chicago Bulls in the third place in the first round of the 1984 NBA draft. He worked for the Chicago Bulls and the Washington Wizards in his career. He was elected the best rookie of the year in the rookie season.

In the 1986-87 season, Jordan averaged 37.1 points per game, winning the title of NBA scoring champion for the first time. 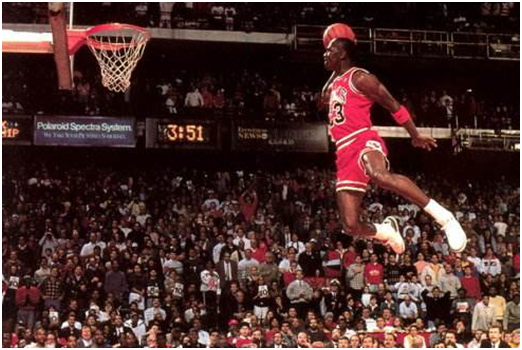 In the 1991-93 season, Jordan won the MVP in the regular season and the MVP (FMVP) in the Finals for three consecutive times, leading the Chicago Bulls to three NBA championships.