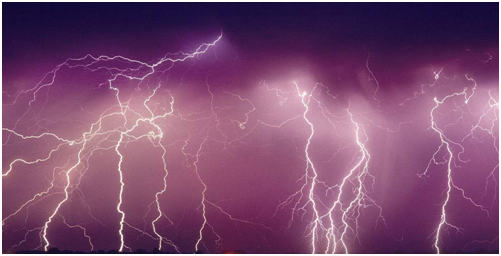 (1) The air is very humid, and the water vapor in the air is nearly saturated, which is a necessary factor for the formation of thermal lightning.

(2) In the sunny summer day, the ground is subject to constant exposure. The temperature of the humid air near the ground is rapidly increasing, and people feel stuffy, which is a necessary condition for the formation of thermal lightning. 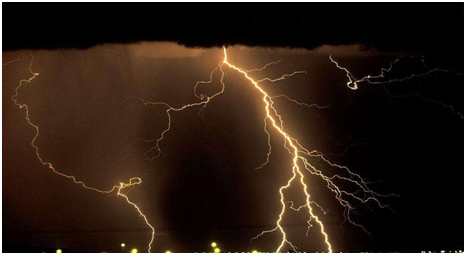 Thunderbolt is a majestic and daunting discharge phenomenon with lightning and thunder. Lightning is generally generated by cumulonimbus clouds, which are often developed by convection, and are often accompanied by strong gusts of wind and heavy rain, sometimes accompanied by hail and tornadoes. The top of the cumulonimbus cloud is generally high, up to 20 kilometers, and there are often ice crystals in the upper part of the cloud. The process of ice crystals, the breakage of water droplets, and air convection generate electric charges in the clouds. The distribution of charge in the cloud is more complicated, but in general, the upper part of the cloud is dominated by positive charges and the lower part is dominated by negative charges. Therefore, a potential difference is formed between the upper and lower portions of the cloud. When the potential difference reaches a certain level, a discharge will occur, which is our common lightning phenomenon.