Culture is a social phenomena, as well as a historical phenomena, is a production that people create for a long time. Because of our differences of living environment, value concept, social custom, religious belief and historical development, every  nation has formed their own culture norm, this is the culture differences. Living in a culture that is different from your own can be both an exciting and challenging experience. You have to learn different cultural practices and try to adapt to them. We will share the top cultural differences between China and the US to help promote mutual understanding.

In China, elders are traditionally treated with enormous respect and dignity while the young are cherished and nurtured. In America, the goal of the family is to encourage independence, particularly that of the children. Unlike the Chinese, older Americans seldom live with their children.

In America, there is no rigid social hierarchy that demands any specific kind of relationships. Calling people older than you by their first name is well-accepted and in many cases, even expected. There is great fluidity between relationships in the American culture, where all kinds of interaction is relaxed and encouraged. In case of familial relationships, parents are actively involved in their child’s upbringing, but it isn’t expected that children take care of their parents in their old age. Independence is valued and encouraged. Within friends, it is not expected that favors need to be especially appreciated or specifically returned. The concept of relationships is in itself very relaxed in the American culture. 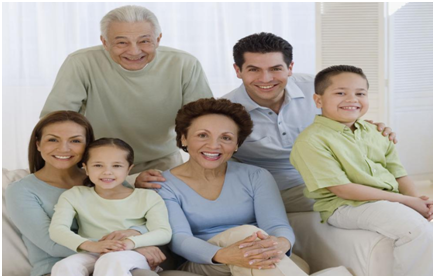 In China, there exists a social structure that inevitably results in a rigid social hierarchy. Elders are not expected to be called by their first names by those younger to them, and titles or other specified terms are to be used when addressing older people. The Chinese culture is very relationship-oriented, and people tend to value relationships more. Once they are established, great care is taken to maintain them. In familial relationships, children are expected to take care of their aging parents. In friendly relations too, if someone bestows a favor upon you, you are expected to return it as well as fully appreciate it. The Chinese culture fiercely values all sorts of relationships.

Chinese people have different meanings to define friends. Just hanging out together time to time is not friendship. Friendship means lifelong friends who feel deeply obligated to give each other whatever help might seem required. Americans always call people they meet friends, so the definition of friends is general and different. There are work friends, playing friends, school friends and drinking friends.

We can say Americans are the most notice to their work. Therefore, the United States is one of the most efficient countries in the world. The financial crisis has put most Americans under pressure, one of the reasons is that they can’t work. The American Puritan tradition makes it attach great importance to the value of work. No matter how much personal wealth they have, Americans are deeply affected by this value!