The History And Culture Of Native American(I)

Home ⁄ Blogging ⁄ The History And Culture Of Native American(I)

The History And Culture Of Native American(I)

The most of the movies portrayed American Indians have left a wrong impression on the world. That is, Indians have been portrayed as noble barbarians, or cruel fighters, or smart hunters. In many films, they appear on the screen as ferocious enemies of European colonists or attackers in carriages for white families traveling across the plains. Native Americans as a general term for all Native Americans, apart from the Inuit (also known as Eskimo), do not refer to a single nation or race.Click Here For More. 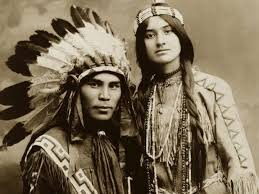 Indians are found in South America and North America.Click Here For More. They speak hundreds of languages, commonly referred to as Indian or Native American languages. There is no recognized classification of Indian ethnic groups and their languages’ classifications up to now.

In the 16th century, European colonists who came to America enslaved and even massacred local Indians in large numbers. By the 21st century, there were about 30 million Indians, the most of whom were descendants of male colonists and local women. However in the United States, Indians make up only about 1.2% of the total population.

The Mayans were a branch of the ancient Indians and the only people in the United States to leave a written record. Click Here For More. They constitute a diverse group of indigenous Americans living in southern Mexico and Northern Central America. “Maya” is a collective title for their convenience, including those who contribute to the cultural and linguistic heritage of the region to some extent. But it also includes many different demographic, social and racial groups, each of whom has its own unique traditional, cultural and historical characteristics.