The History of The Statue of Liberty

Home ⁄ Historical Building ⁄ The History of The Statue of Liberty

The History of The Statue of Liberty

Bartholdi was a great and prolific artist at the end of the 19th century. He was born on August 2, 1834 in an Italian family in France. In his youth, he loved sculpture art. 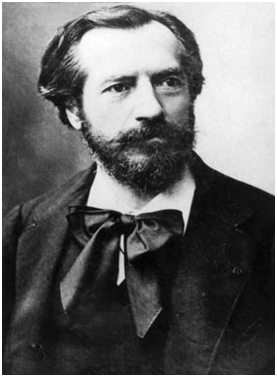 One day after Louis Napoleon Bonaparte launched a coup to overthrow the Second Republic, Bartholdi witnessed an event on the streets that would make him unforgettable. At that time, some Republicans built roadblocks on the streets. That evening, a young girl held the torch and shouted “go forward!” slogan, crossing the roadblock. The soldiers of Bonaparte fired at her and killed her on the spot. Bartholdi was shocked by this scene. Since then, this nameless girl has become a symbol of his ideal freedom.

After the sketch design of the Statue of Liberty was completed in 869, Bartholdi began to concentrate on the sculpture work. He has traveled to the United States to fight for American support for the statue, but the Americans have not realized the value of this gift.

In 1874, the imagery project started. In 1876, when Bartholdi participated in the celebration of the 100th anniversary of independence in Philadelphia, in order to attract the attention of the public, the hand of the goddess was exhibited at the fair, which caused a sensation. The hand in front of the people only has an index finger of 2.44 meters and a diameter of more than 1 meter. It is a rare art treasure. So this little-known sculpture, which was little known a few days ago, was worth a hundred times and became an art treasure that Americans yearn for. Soon, the US Congress passed a resolution to formally approve the president’s request to accept the statue of the goddess, and at the same time determine to built this sculpture on the Bedloe’s island . 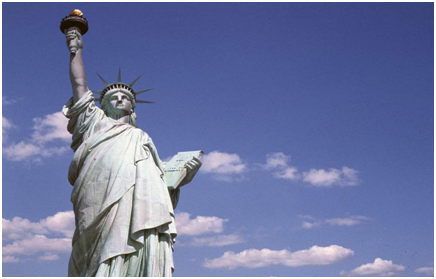 The Statue of Liberty, also known as the Liberty Enlightening the World (French: La Liberté éclairant le monde), is a giant neoclassical statue on Liberty Island in New York, New York. It was a gift from France to the United States. The statue is a woman who wears robes, representing the autonomous god in Roman mythology. She holds the torch in her right hand. The left hand book is written with the Roman numeral and signed the date of the American Declaration of Independence: “JULY IV MDCCLXXVI” (July 1776) On the 4th), there is a broken chain at the foot. This statue is a symbol of the United States, and to show the immigrants a welcome signal.

Other good information as recommendation.