The Most Popular Tourist Destination in China(I)

Home ⁄ Travel ⁄ The Most Popular Tourist Destination in China(I)

The Most Popular Tourist Destination in China(I)

In the Paleolithic Age, Mohe had been inhabited by ancient humans. The ancient ruins of Laogou and Luogu River discovered in Mohe County are the relics of ancient human activities from 1 to 30,000 years ago. The two unearthed cultural relics prove that the ancient humans in Mohe County were in the matriarchal society and lived with the original fishing and hunting life.

Whenever the summer solstice, 24 hours a day is almost white, looking north at midnight, the sky is white, the sunset glow is not lost and the east asagumo is rising again, like the evening, also like dawn. In the long winter, in this snowy little village, the cabin is covered with thick snow and only the orange light of the window can be seen. The bright stars are diamond-like in the dark blue sky… The silhouette of the Arctic village is full of fairytale and romantic. 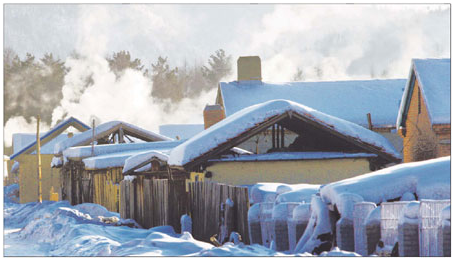 Chaka Salt Lake lacks aquatic organisms, and there are few trees and plants in its surrounding area, mainly herbaceous plants, and bluegrass and alfalfa are one of the dominant species.

Chaka Salt Lake is famous for its ”green salt”. Its salt crystals are pure and salty, and it is an ideal edible salt but not directly edible. The annual rainfall in the lake area is small, so the amount of water that can be injected into is extremely small each year, and the evaporation is strong, so its salt content is extremely high. And because the salt crystal contains minerals, the salt crystal is blue-black, so it is called “green salt”.

The China’s ”Mirror of the Sky”, salt production can be used by all the Chinese for about 75 years! Many people like to walk barefoot to the lake to watch and shoot their own reflections. If you are lucky enough, you can see the mirages formed on these rivers during the day. When we enjoy the beautiful scenery, don’t forget to protect the environment. 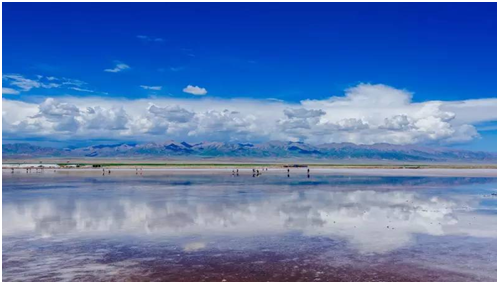